The Man on the Street The Crossroads of Dark Destiny

A cruel game of intersecting destinies, a moment that changes the lives of two strangers for the worst. Alice nella città After the first passage of the review, “The man on the street” by Gianluca Mangiasciutti will arrive in cinemas from December 7th. Embodying the two main characters, tormented by a painful past, are Lorenzo Richelmy as Michele and the very good Aurora Giovinazzo, who gives face, body and soul to angry teenager Irene.

man in the street – conspiracy

On a beautiful autumn Sunday, a father and his eight-year-old daughter enjoy picking mushrooms in the woods in the hills around Turin. A simple and precious happiness spent together in nature is shattered by the death of a man who is run over by a hit-and-run driver. The girl does not even have time to comprehend what happened while she looks into the face of the killer of her father for a moment. —-Ten years later, that girl, Eileen, is a raging 18-year-old who vents to anyone who comes within range. Months after the statute of limitations, she went crazy and blamed herself for not recognizing the man who killed her father and threw her into an abyss of pain… her only consolation is swimming, After leaving school and the pool and having a more serious quarrel with his mother, he seeks refuge with his aunt and finds work in a factory.

Here the boss is a serious and reserved young engineer who seems to see ghosts when he sees Eileen working on reels. In fact, the girl has the most painful secret of her past, and even now, ten years later, she still can’t sleep at night, and she torments him every moment. The two approach in awkward and unpredictable ways until all knots inevitably return to their roost.

The Man on the Street, Exploring the Mechanisms of Guilt and Forgiveness

Defining Mangiasciutti’s first feature film as a thriller is not very accurate. “Man in the Street” is by no means a detective story, given that the man is soon revealed to be Michele. All the suspense the film offers is related to the emotional and psychological tests that Irene has faced for the last ten years, and Michele, the only person who knows what the facts have become, tries to get closer to the girl. making it even harder and more difficult. An ambiguous way brings her to the end, her rather cruel twist to discover her truth. The film is an exploration of the complex emotions to be conveyed: forgiveness, anger, guilt, but also the desire for redemption, through a story in which fate and pain, fate and responsibility, victims and perpetrators are united by different things. Desire for revenge and redemption. But a series of hell.

Aurora Giovinazzo’s interpretation of Irene’s dominance in rage and destructive rebellion is the film’s underlying fulcrum, looking to the consequences that a fatal moment of existence can have on a person’s entire subsequent life. Focused, broke it, hours, days, months, years piled up, yet couldn’t tear it apart from its unacceptable pain. In Irene’s case, the only thing that can free her from that evil spell is the certainty that whoever punched that hole in her will pay.

The idea of ​​meeting Michele, two destinies glued to the same fateful moment for various reasons, the idea of ​​a chance reunion after a few years, and the unpredictable development of their parallel paths, is what this is about. For nearly its entire duration, the film manages to lead the viewer into the deepest emotions of two sad souls. It’s powerless and a little too comforting. 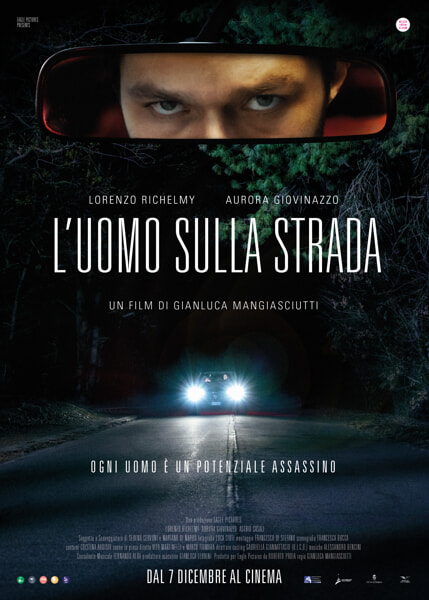 - Advertisement -
Previous articleWhat is menotropin, what is it used for and why is it considered a doping substance?
Next articlePushilin announced the advance of Russian troops in a number of directions in the DPR

Dmitry Tarasov made a brawl in Krasnodar

largest in China Car manufacturer and exporter SAIC Motor has announced the release of a new crossover RX9...
Entertainment

In October Will Smith held a private screening of his latest film "Liberation" for some friends, among whom...
World

Thousands of IT professionals fired from big tech companies could be deported from the US told columnist Annie...
Politics

Russia's transfer of control over the Zaporozhye nuclear power plant to a third party "is out of the...

In October Will Smith held a private screening of...

Thousands of IT professionals fired from big tech companies...

In October Will Smith held a private screening of...

Thousands of IT professionals fired from big tech companies...