Do you want to get rid of fear? Look into his eyes and laugh heartily. In today’s Rambler selection, there are top five horror films that are more likely to amuse than scare.

Young rock musicians from Canada dream of someday going on a world tour. Almost every unrecognized group of guitar string and drumstick geniuses surely dreams of this! However, before the musicians get a chance to conquer their American neighbors. Towards the unknown, the heroes set off in their black hearse. But will they get to a given point, remaining themselves? 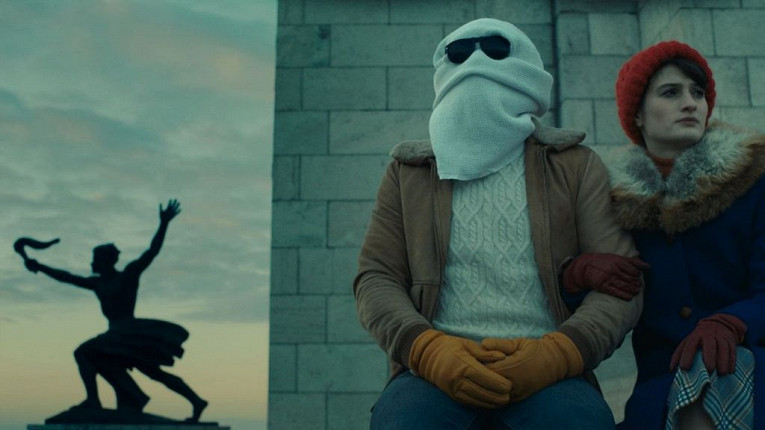 Shot from the movie “Comrade Drakulich”

1970, Hungary. The party elite is waiting for the arrival of the legendary communist, comrade Fabian, in the country. He helped make a revolution in Cuba, and was friends with Castro and Che, and now he has returned to his homeland to collect blood for the Vietnamese communists. But the secret services are not asleep: they do not believe in the purity of the thoughts of Fabian, who has been hiding for many years in the West, in the USA. And not in vain. After all, Comrade Fabian has long had a little secret that even Brezhnev is after. Frame from the film “Dracula. Dead and contented”
- Advertisement -

The protagonist buys the abbey to be closer to the people. The only problem is that he needs people not so much for communication as for replenishing energy. Indeed, under the cover of night, a descendant of Dracula, running wild in his impregnable castle, drinks blood in order to live. Frame from the film “Tales from the Crypt: Bloody Brothel”

Can I leave Madame Lilith’s party? This is decided to check the two young blockhead-bikers. When they disappear without a trace, the sister of one of them hires private detective Rafe Gettman. He has to find out what is happening in a strange mansion and whether there is any hope for the return of the missing guys home. Shot from the movie “I Bought a Vampire Motorcycle”
- Advertisement -

The idea that objects have a soul interested the writers so much that they decided to use it as the basis of the plot for the feature film. During the ritual, the Satanist bikers are attacked by their competitors. With his last breath, the leader of the gang manages to express his blood into the tank of his faithful motorcycle comrade. This strange step leads to incredible consequences.